Marvel’s Netflix Series will be available on Disney Plus – But not in all countries! 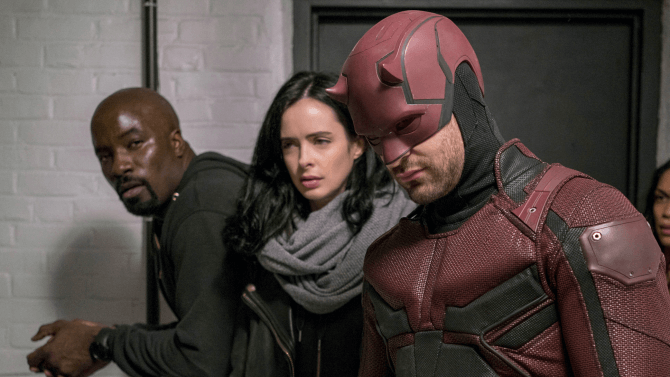 When Netflix announced a few weeks ago that they shall stop streaming their Marvel series like Daredevil, Punisher, Jessica Jones, Iron Fist and the Defenders, it was heartbreaking for many fans.

Netflix’s Daredevil is till date considered to be one of the Best Marvel series ever. The Charlie Cox starrer had to be first cancelled due to the complex relationship between Marvel and Netflix and it is now being removed from the platform altogether.

For a long time, there had been confusion regarding the future of these series. Marvel was yet to announce the names of the streaming platforms on which these series will be able to stream going forward. However, things are slowly coming in place now and the cloud of confusion has now passed.

Disney+ has announced that the Marvel TV series which were previously available on Netflix, will now be available on Disney+. However, the same is true only in the country of Canada. However, a decision will be made for the other countries as soon as possible. The series leave Netflix at the end of February.

The fate of the shows in the United States of America is under concern though. In the US, Disney+ is a family-friendly streaming platform while the more mature content is usually released on Hulu. The nature of these Netflix shows suits more with the Hulu kind of shows and thus Disney will have to make a decision to sort out this confusion. If they decide to not show mature content on their platform in the US, a deal must be sorted out with Hulu soon.

Netflix cut their ties with Marvel in 2018 and according to the deal, Marvel will be getting back the rights to all the characters and also the series on 28th February 2022.

We can very well see that they have already started working on adding these characters in the MCU. We saw Kingpin in the last Disney+ MCU series Hawkeye while Charlie Cox made a cameo in Spider-Man no way home as Matt Murdock (Daredevil). The two characters will reportedly also appear in the upcoming Disney+ series ‘Echo’ which is based on the alter ego of Maya Lopez. We can infer from the recent interviews of Charlie Cox and Kevin Feige that Marvel has many thing planned for their Defenders-verse characters.

Share
Facebook
Twitter
Pinterest
WhatsApp
Previous articleAmerica Chavez actor Xochitl Gomez reveals Marvel Studios’ strict Audition process for the character
Next articleTom Holland is the reason why “The Falcon and the Winter soldier” was made – And Sebastian Stan hates it!